Helping you live, work, and play in Winnsboro, SC:

A town with many attractions for you to enjoy 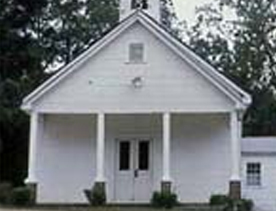 This is one of the two known campgrounds in the Olde English District and of only a handful that remain in the state. Founded in 1878, situated on eleven acres of land in rural Winnsboro, it includes Camp Welfare African Methodist Episcopal (A.M.E.) Zion Church, its cemetery, the open-air arbor and many small cinder block or wood houses know as tents. The annual religious and fellowship services or “camp meetings,” held in August, are well-attended. The church, line many in the South, was started after the Civil War as a brush arbor church. 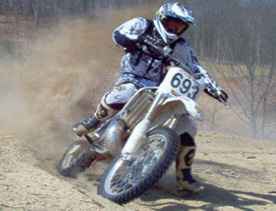 Carolina Adventure World, a 2,600 acre outdoor enthusiast destination park is located in the Northeastern section of the County. Just 2 ½ miles off Exit 46 on 1-77, The park offers 100 miles of professionally designed ATV trails, a championship motocross course, ATV rentals and ATV and motor bike storage facilities. If ATV riding doesn’t interest you, Carolina Adventure World offers a flyover and tree top zipline system. Get harnessed in and attached to a double line cable system by expert guides and enjoy safely soaring through the treetops in the heart of a beautiful forest. For those interested in enjoying nature in a more relaxed fashion, the park will also offer hiking, biking and golf cart trails. RV pads, rustic camping and cabin rentals are available. Carolina Adventure World is open Monday – Sunday, 8:00 a.m. to 6:00 p.m. 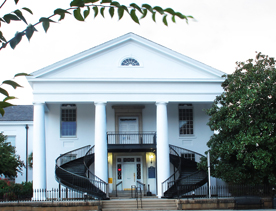 Fairfield County Courthouse is one of the most iconic symbols of Fairfield County. Built in 1823 by Robert Mills, who designed the Washington Monument, the county courthouse is located in downtown Winnsboro across the street from the Town Clock. The Courthouse, designed in Greek Revival Style, is a breath-taking building and a site that should definitely not be missed! 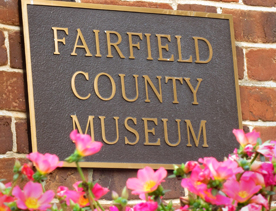 In 1848, then well-known educator Catherine Ladd and her artist husband purchased the 1830 Richard Cathcart home in downtown Winnsboro and set up a boarding school for the education of young ladies. Girls from many other places came to the Winnsboro Female Institute to learn both the cultural and academic masteries necessary to develop ladies of social standing. The Winnsboro Female Institute closed just as the rumblings of war preceded South Carolina’s secession from the Union in January of 1861. The building was converted to house many successive decades of habitation and commercial operations. It emerged again as an educational establishment in 1976 when it was restored and converted to be the Fairfield County Museum. This three-story townhouse is listed on the National Historic Registry as a late example of Federal style architecture. The 18 inch walls are made of locally fired bricks laid in Flemish bond and the large square building is three stories high. The ornate wood and plaster work of the interior were beautifully restored in the 1970s through the efforts of local preservationists.

The museum features artifacts and furnishings which represent our Fairfield County history and prehistory. A genealogy research room on the second floor is staffed by volunteers. Visitors hours are Tuesdays through Fridays from 10 AM – 5 PM and on Saturdays from 10 AM to 2 PM. Family researchers should call ahead or email in order to have a volunteer on hand to help. The Museum is located at 231 S. Congress St. Mailing address is P. O. Box 6, Winnsboro, SC, 29180. 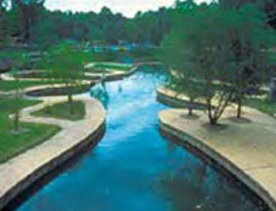 Formerly known as Fortune Woods, this garden’s “ponds” and resident ducks offer a pleasant contract to other historic sites. The land that the garden occupies was owned by Captain John Buchanan who gave it to his slave, Pompey Fortune, to show his appreciation for Pompey’s accompanying General Lafayette as a body servant during the Revolutionary War. 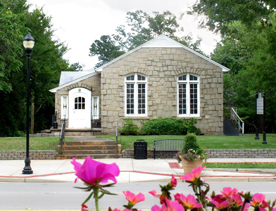 Pine Tree Playhouse is a non-profit, community theatre offering a wide range of classic, eclectic and new works in a casual, intimate space. 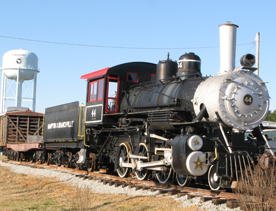 How would you like to take your children or grandchildren for a ride on a real passenger train, visit a red caboose, an authentic dining car or even a Pullman car that once ferried earlier generations across the country? Come spend an afternoon at the South Carolina Railroad Museum. There’s something for everyone. Come see freight cars, passenger cars and even a real steam engine on display. And best of all, you can ride the train. We’re just minutes from the Interstate, so come join in the fun at the South Carolina Railroad Museum, the official railroad museum of the state.

Located minutes off I-77, the South Carolina Railroad Museum is the biggest attraction in Fairfield County. Since 1973 the museum has been collecting various types of freight and passenger cars as well as steam locomotive #44 which one belonged to the Hampton and Branchville Railroad. There are also cabooses, freight cars and diesel engines from CSX and Norfolk Southern.

Take a Tour of Fairfield County 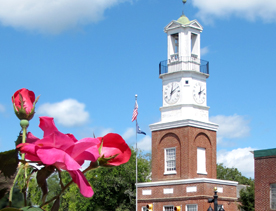 The city tour, neatly laid out in a brochure available at the Fairfield County Chamber of Commerce Office (located in the Town Clock), takes you to such sites as the Court House designed by Robert Mills, the Town Clock, the Cornwallis House, the Post Office containing a WPA mural of Winnsboro in the 1930s, the Neil House, several historic churches, the Fairfield County Museum and more. The extended tour includes monuments, parks and historic cemeteries and markers. Afterward, or perhaps between sites, you can refresh yourself from several types of menus at various eateries around towns. While you can tour “on your own,” guided tours can be arranged. Outings can be tailored to fit special interest groups: genealogy seekers, train buffs, nature lovers, history hounds and curious tourists. Guided tours are available for groups of fifteen or more. There is a $2.00 fee per person. For more information, please call the Fairfield County Chamber of Commerce at (803) 635-4242.

The digital version can be view in the following link: Winnsboro_WalkingTour_11x8_Version_r1 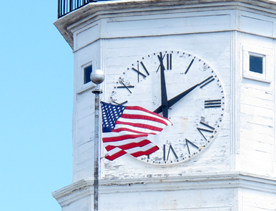 In 1785, the General Assembly of South Carolina authorized the establishment of a public market in the town of Winnsborough. This market house was a square, wooden building, painted yellow and topped with a belfry. Some years later, probably between 1820 and 1830, the market house as sold to Robert Cathcart. He then donated to the town his old duck-pond, a small piece of land in the middle of Washington Street, as a site for a new market house. The town council accepted the land and petitioned to legislature for authority to erect the new market house and town clock. Colonel William McCreight, Intendent of the town in 1837, ordered the works for the clock. They were imported to Charleston by sailboat, and hauled to Winnsboro in wagons. Varied and interesting (if not authentic) are the reports of the journey from Charleston—Adam Blake declared it took 50 wagons to do the hauling. Whether of wood or metal, the works are undoubtedly superior; the clock has run continuously for 100 years, the longest continuously running clock in the United States.

The town clock bell was also French made, and is said to have had silver in its composition. Its tone was beautiful and silvery. The bell did good service until 1895; during a fire that year two young men were ringing it so vigorously that is cracked and was sent to Philadelphia to J. McShane for repairs. When, after some delay, it was returned and sounded for the first time, the tone was so different doubt was immediately expressed as to its being the original bell. In 1875 the present tower was erected. The carpentry work was done by John Smart, an African-American carpenter of Winnsboro. The old public market occupied the ground floor of the town clock and had a bell of its own. Its tone was not as silvery as that of the clock, but was a very welcome one when its ringing proclaimed to the villagers that fresh meat was to be had at the market. (It is interesting to learn that this was an old custom, not particular to Winnsboro.) The first floor is now used as meeting space for the town’s various organizations and as a voting location. The second floor of the Town Clock is home to the Fairfield County Chamber of Commerce.